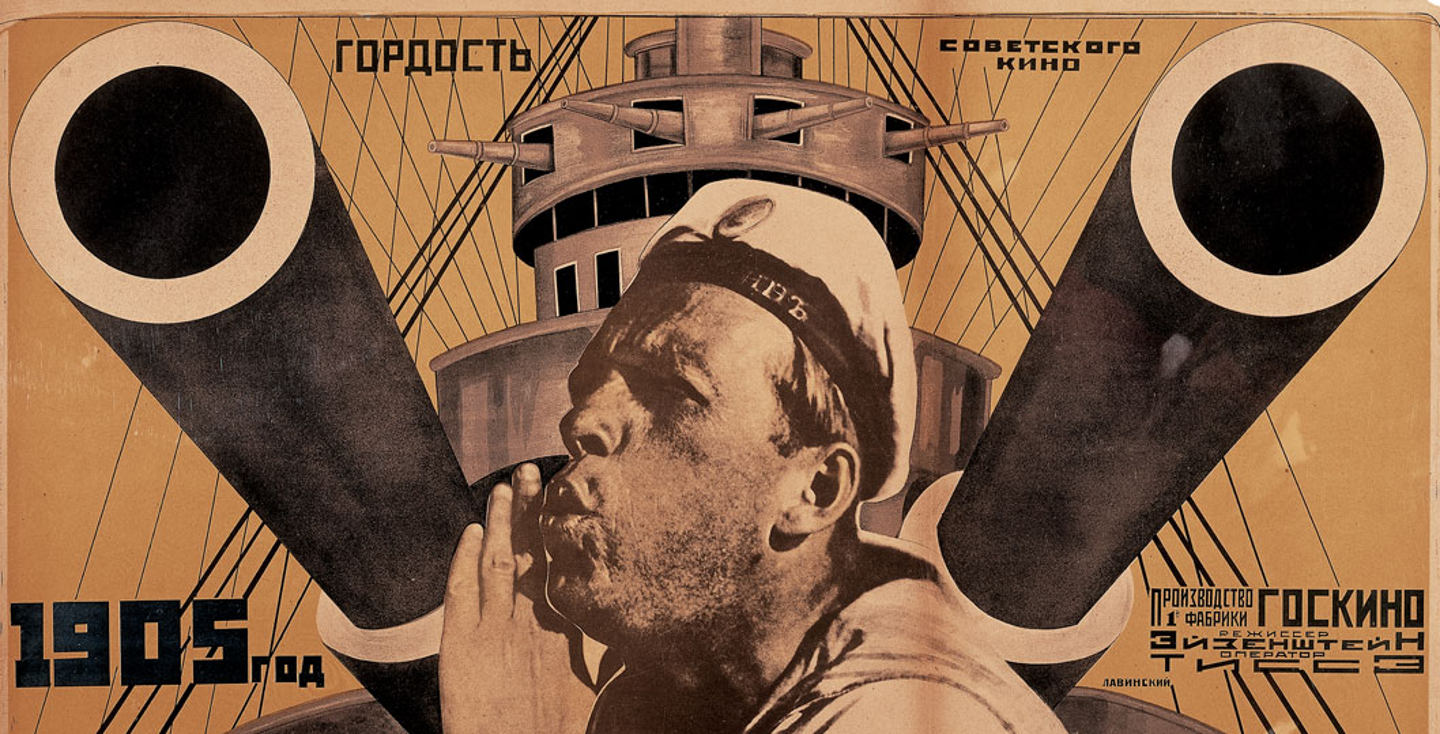 Originally conceived as part of a cycle of films commemorating the revolutionary events of 1905, Sergei Eisenstein’s Battleship Potemkin recreates in documentary-style the failed mutiny of the Black Sea fleet and the subsequent massacre of the people of Odessa. Innovative cinematography and editing techniques heighten the horrific nature of events.

Although banned outright in many countries outside Soviet Russia, the film became an international sensation, and has had a lasting impact on world cinema. The arresting sequence of the massacre of civilians on Odessa’s steps is one of the most celebrated, analysed, and quoted in cinema history.