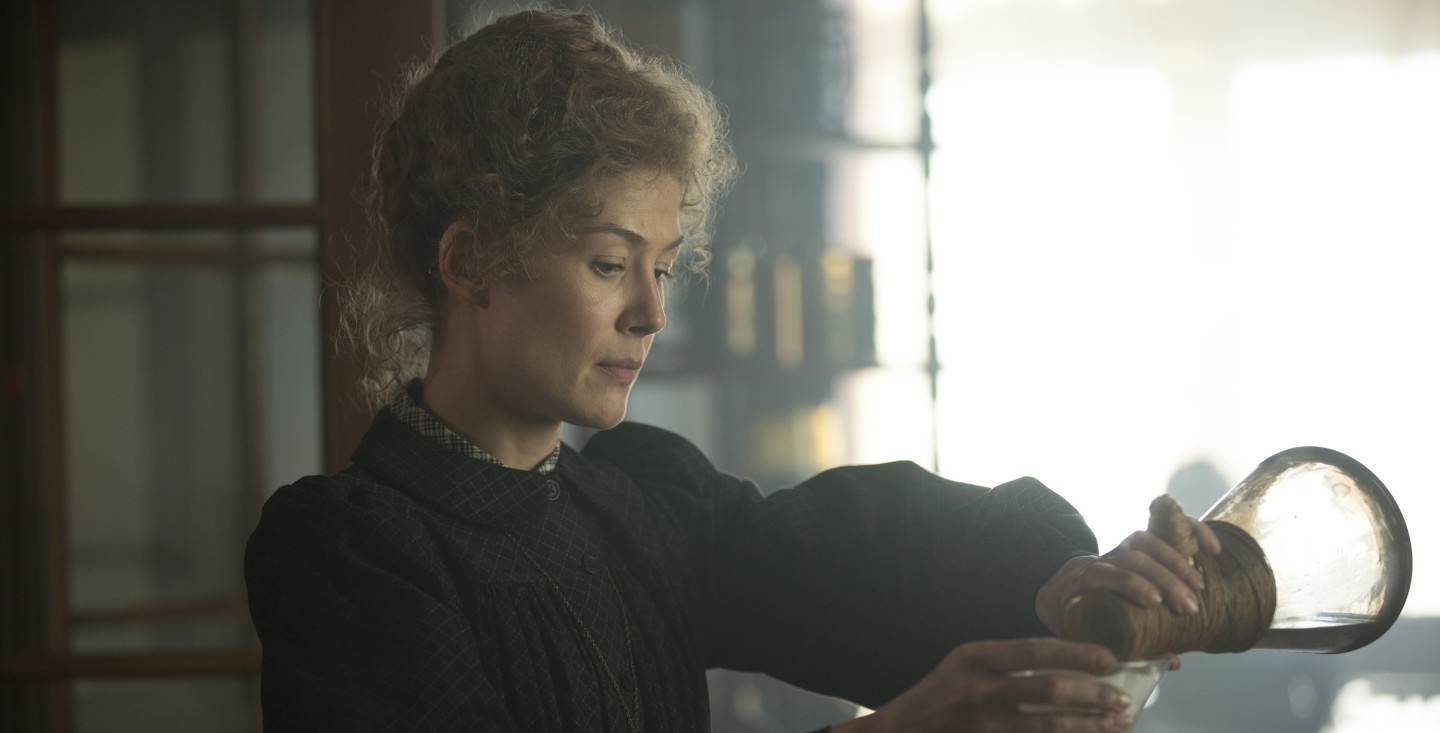 Followed by a Q&A with director Marjane Satrapi

Young and ambitious Maria Skłodowska (Rosamund Pike) emigrates from Poland to Paris, where she studies physics, chemistry and mathematics at the Sorbonne. As a young woman working in a scientific world dominated by men, nobody takes her very seriously until she is awarded the Nobel Prize alongside her fellow researcher and husband Pierre Curie (Sam Riley). Adapted from Lauren Redniss’s graphic novel of the same title and directed by Marjane Satrapi, Radioactive charts the life and legacy of the first person to win two Nobel Prize awards.