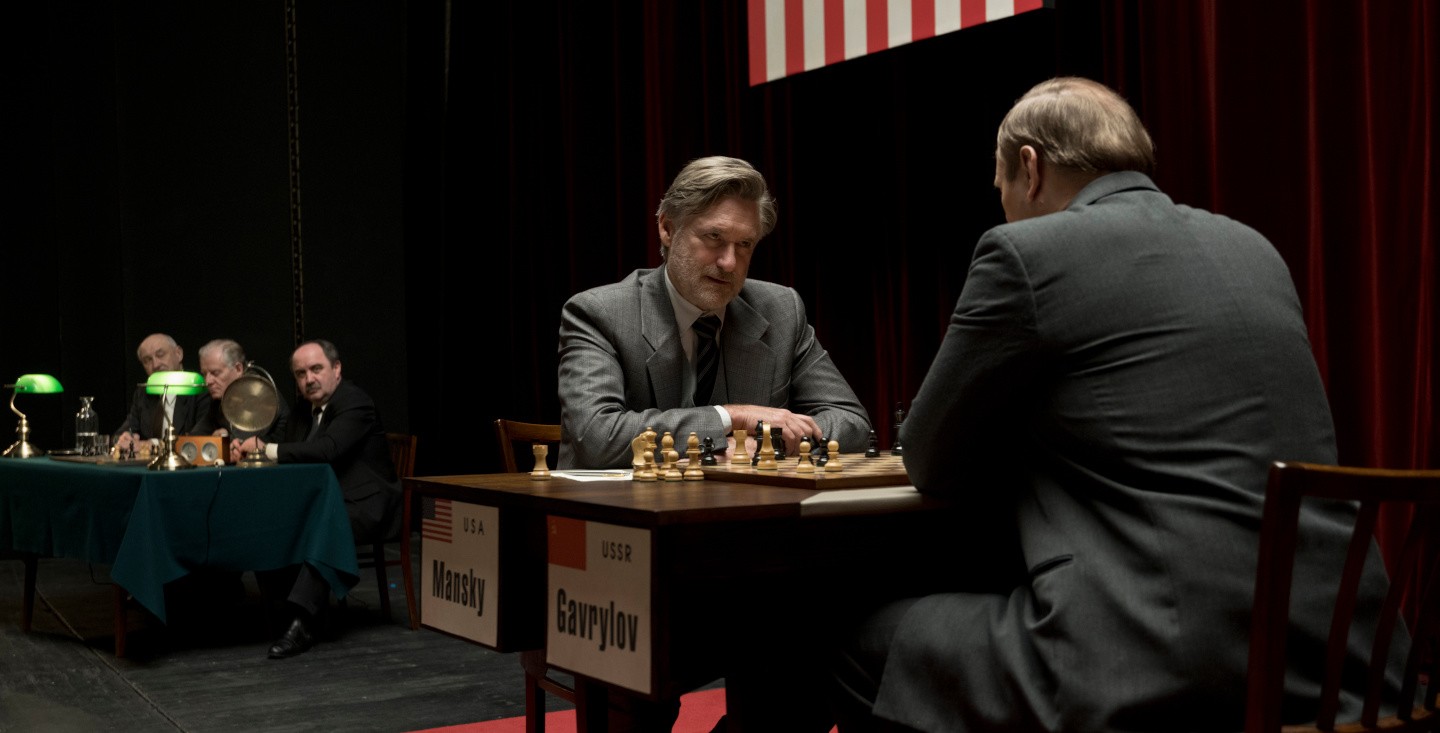 Former US chess champion, brilliant mathematician, and alcoholic Joshua Mansky (Bill Pullman) is recruited by a CIA agent and sent to Warsaw for a secret mission. He must compete against the Soviet champion Gawrylow at the historic Palace of Culture and Science, while the intelligence is being gathered from a secret informant, a Soviet officer. With the ongoing Cuban Missile Crisis the conflict between the world’s superpowers escalates and the chess game acquires increasing significance, with America’s global position at stake.